City Hall is the largest municipal building in the United States, containing over 14.5 acres of floor space. It is an architectural treasure inside and out. The public rooms are among the most lavish in the City. The City Council Chamber, the Mayor’s Reception Room, Conversation Hall and the Supreme Court Room are the most ornate.

The exterior is covered with sculpture representing the seasons and continents, as well as allegorical figures, heads and masks. All of the sculpture was designed by Alexander Milne Calder, including the 27-ton statue of William Penn atop the tower. The tower was the tallest building in Philadelphia until 1987. Its observation deck, which is open to the public, provides a panoramic view of the city.

The present City Hall on Center Square was begun in 1871 and took over 30 years to complete. John McArthur Jr. was the architect and supervised construction with the assistance of Thomas U. Walter. The first floor is built of solid granite — 22 feet thick in some places — supporting a brick structure faced with marble. The 548-foot tower is the tallest masonry structure in the world without a steel frame. 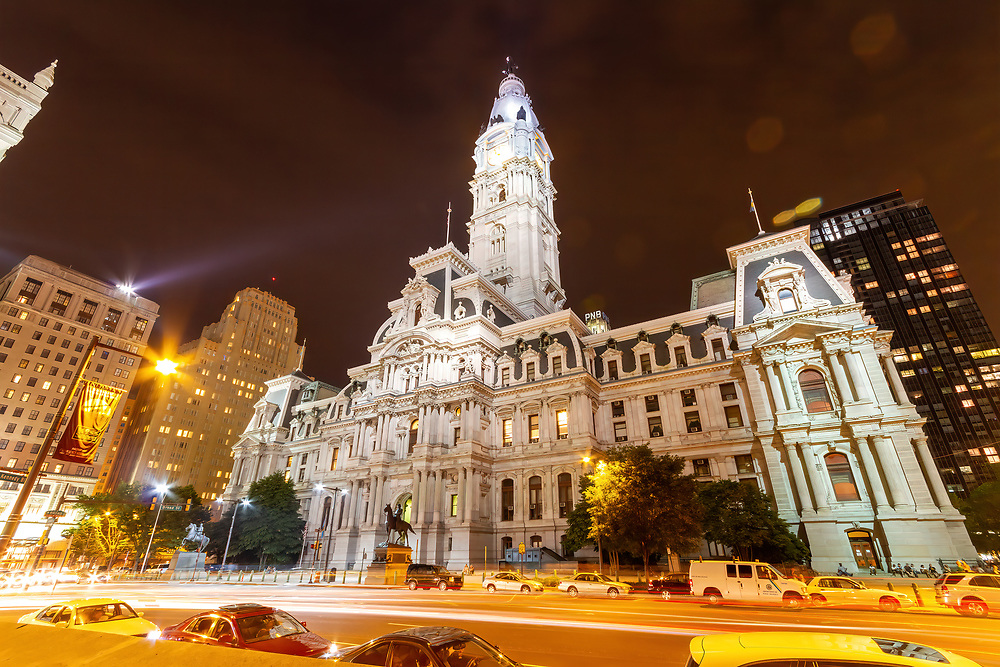